Kate And A Camera 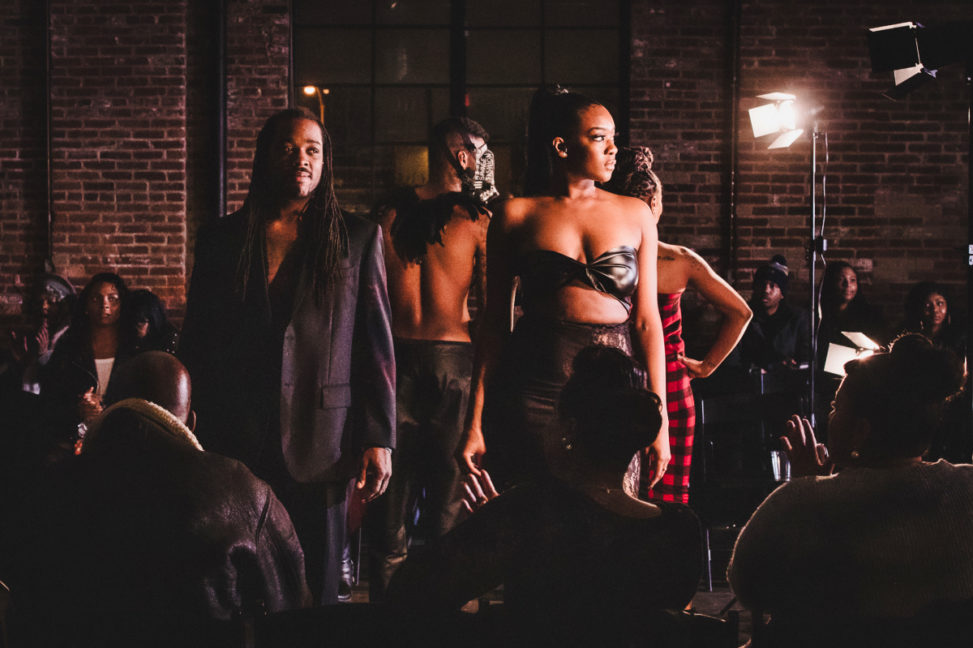 With designers from New York, Chicago and Pittsburg, this show was easily one of the most fun assignments I have done. I adore being around creative people and fashion photography gives me the chance to do just that.

I approached this shoot a little differently then I have for other fashion shows. I wanted to capture the show from more of a behind-the-scenes perspective versus front of the runway.

I wanted to capture the spirit of the show from an insiders viewpoint. I used behind the subject angles as one way to achieve this, but also looked for opportunities to photograph models in non-standard situations like when they were coming off the stage.

I also chose to break with convention a bit by showing the lights, the photographers and the videographers. This show was set up to be a photographer’s dream and I wanted to keep that spirit intact in my images.

By having the freedom to walk around versus staying put at the end of the runway, I had the chance to see the show from alternative angles. This led to interesting shots of performers and models, especially when they were in groups.

The other nice surprise was the impromptu shots of models in the fleeting moments between getting ready and walking.